How to Overcome Limiting Beliefs 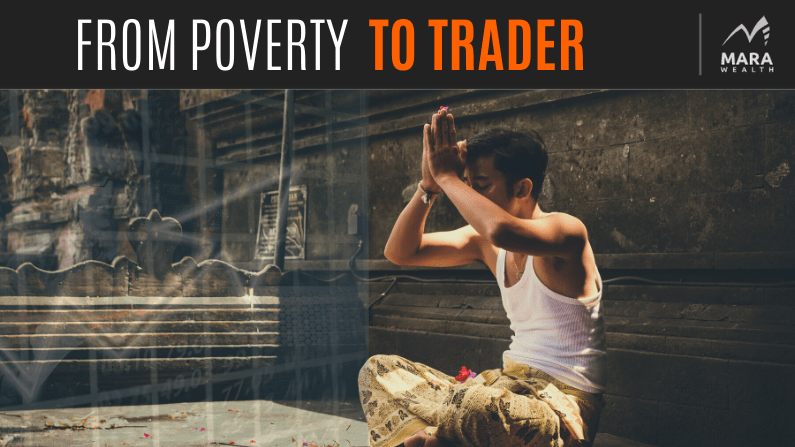 One of the main reasons I started MARA coaching is to help people with trading psychology and trading mindset. Dealing with limiting beliefs, especially from early childhood, is something that I dealt with for most of my life. By sharing my story and how I overcame some of those obstacles and negative beliefs I hope to inspire you along your own trading journey.

If you’re not familiar with some of my background, I had a tough childhood. My parents divorced at an early age. At age 6 while living with my mom, we lost our home and we became homeless. We lived out of a seedy motel for about a month. The kind Norman Bates might run…

Eventually my mom had enough and called my dad to come get me. She called in the middle of the night. He drove over 2 hours to come rescue me, though I didn’t see it as ‘rescuing’ at the time. I thought he was stealing me away and I was being sent to live with a monster! I was told all kinds of nasty things about my dad- whether they were true or not, who the hell knows? But I heard things like he’s cheap and clings to money. He’s a drunk and cares more about his booze than he does me… At 6 years old, I believed all the things they were filling my head with… Not exactly the kind of positive self-empowering beliefs we should be aiming for… After being told all that about my dad by my mom, it wasn’t hard for me to start spinning my own stories in my head. They weren’t all about him though… It wasn’t hard for me to make the leap that I was worthless and of little value. I held that belief for years.

As a child, you’re absorbing things from your environment like a sponge. You’re not questioning a whole lot, especially when it’s coming from a parent. Cruddy beliefs are like weeds that refuse to die unless you get to their roots.

So later on when I decided I wanted to be a trader,I had A LOT weeds to pull! Conflicting beliefs about money and how it can change people for the worst aren’t exactly the kind of beliefs successful traders can hold! They’re weeds that strangled my profits for years… And I didn’t even know they were there!

If you have poor beliefs, trust issues, bad money beliefs, how do you think that you would perform as a trader?

TERRIBLE! And that was me for the first 10 years of my trading.

Digging Deep into the Problem

I finally realized I needed help. I learned various trading strategies and found a few that made a lot of sense. But I still had trouble putting it together and I couldn’t figure out why? It wasn’t until I started to dig into my beliefs, both my trading beliefs and my money beliefs, that I realized what was at the core of my trading problems.

I questioned all of my beliefs and I didn’t have a clear answer for what my goal was with trading. Initially it was make money, just like everybody else, but what does that mean?

So I dug deeper.

What does that mean?

I didn’t want to have to do work for anybody else. I wanted to be able to sustain myself and my family.

Okay great. What do you mean by ‘sustain’?

I want to be able to live right here in the house we have in Massapequa, NY. Pay for all of our living expenses. Take family vacations. And have time to spend with and enjoy with my family.

And why is that important to you?

Because it’s everything I lacked when I was a child.

Now finally I understood with clarity what my trading goal was and why it was so important to me. And with that wisdom, I was able to start to tack dollar numbers onto this. Getting clear on my trading goals and then writing down like all my beliefs around trading, like beliefs from early on, beliefs that I still had about trading, helped guide me toward better success as a trader.

Questions ARE The Answer

The answers didn’t come to me overnight, but it was a start. I took this to the next level and started asking myself more questions:

I proceeded with doing the same exercise for my money beliefs, but the big difference between trading beliefs and money beliefs is that with trading beliefs, those tend to be beliefs that you opt into. You read a book or you take a course and you’re like, “Oh yeah, that sounds like a good idea. I think I’ll do that.” And then you start making that your belief.

However, money beliefs don’t work that way. Most of your money beliefs stem from when you’re a child and isn’t something that you’ve opted into. They’re more like seeds that have been planted in your mind from your parents, grandparents, friends, and ultimately your environment. And you’ve taken it in subconsciously. They are running on autopilot and you’re not questioning them. Instead, you find yourself making the same mistakes and failing again and again and again. It’s not until you reconcile those beliefs that you can change your money beliefs for the better.

What ultimately led me to get past those beliefs was by doing these exercises, writing them out, figuring out what they were and understanding where they came from.

If you have negative beliefs, you may try to brush them aside and not pay attention to them. It’s kind of like telling a child to just sit down, be quiet, sit in the corner. It doesn’t really work.  I have a four year old daughter and things like that do not work with her.

You may also try to bully yourself. You may keep telling those negative thoughts: “NO! I’m not paying attention to you.” It may work for a short period of time. But un-reconciled, it festers and eventually bubbles to the surface.  That’s when you end up exploding and making really bad decisions in your trading.

And if you do experience a big blow up, that could be the reason why. Because there’s this un-reconciled thing that’s just sitting there, waiting, and building more attention and more attention and finally explodes because you haven’t dealt with it. You’ve just tried to sweep it under the carpet.

Dealing with that stuff, getting it on paper, and trying to reconcile it, IS the path forward. This is just the start of seeing great change in your trading and your life. It’s not easy, believe me I know, but through this post I hope you will take the next step to becoming the best version of yourself.

I know this isn’t easy, but I’m here for you!  Feel free to leave a comment below or reach out to me with any questions.  And as always, if you are seeking additional guidance check out my coaching page where I offer group coaching through my webinar programs as well as 1 on 1 coaching. Feel free to check them out to see if coaching is right for you.

Here is the Full Video on Overcoming Limiting Trading Beliefs from Childhood:

Also, be sure to subscribe to my newsletters for more trading tips and videos to help you along your trading journey!

Money Monday Newsletter: Every Monday you get a trading tip to help you succeed  https://marawealth.com/money-monday-newsletter/

To continue crushing it with your trading, check out the following MARA blog posts:

The Four-Walled Prison of a Trader’s Mind

A High-Value Trading Process Sets You Up For Life

Michael Lamothe founded MARA in 2018, and his mission is to help traders succeed in the market by focusing on mindset. Michael has helped thousands of traders through his methodology. He is an international speaker, presenting at AAII, Stocktoberfest, Benzinga's Global Fintech Awards, and more! He's also been featured on NASDAQ Live.

The Story Of Why I Help Traders

Trade Emotionator – How Much Should You Buy? 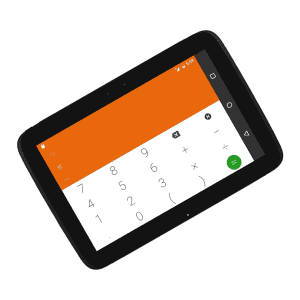